I started writing my weekly music posts to generate some #content, or, to put it another way, to try and get back into the habit of posting here with something low stakes where I knew I wouldn’t have to worry about running out of stuff to write about (because there’s always new music being released). I was also planning to do the same with posts about TV, although the “there’s always something new to write about” doesn’t work quite so well, unless you’re writing episodic criticism (and you probably shouldn’t be — the single episode is rarely a useful critical unit). Still, I did write a few things about TV last year, and I’ll write more this year (one of the things that’s slowed me down is that I want to write about Empire, but I also think that show is interesting enough that I want to take my time and write something a bit more substantive about it). But in the spirit of low-stakes content, and as we’re in the mid-season lull, I thought I’d write a bit what I thought about some new shows.

The new show I like most is Quantico. I didn’t think I’d be interested in a show about the FBI academy, but Priyanka Chopra was great in Bharfi! and I was intrigued to see her in an American TV show. Chopra is indeed very good, but it turns out the show as a whole is pretty fun too. It has a split structure, half of the time a terrorist conspiracy thriller, and the other half a flashback to the characters’ education at the FBI academy; so it’s kind of like 24 crossed with Animal House (or, perhaps, as the  campus segments tend to focus on the various challenges the trainees are set, a more accurate comparison would be Real Genius). Like 24 it’s frequently ludicrous, although thankfully it’s not quite as thoroughly pro-US-security-state as 24. There’s a lot of glorification of the FBI as an organization devoted to keeping the country safe, but it allows for a few moments of additional complexity. One of the characters was in the IDF, and is traumatized by the things he did to Palestinians (though after introducing this idea, the show takes time to go back and clarify that the problem was a commanding officer who had “gone rogue,” not the occupation of Palestine as such); and when Chopra’s character is accused of having spent time with terrorists, she responds that the fact that these people were killed by US drones isn’t a reliable indicator that they were terrorists, which is a true point that I wasn’t expecting to hear made on primetime US TV. 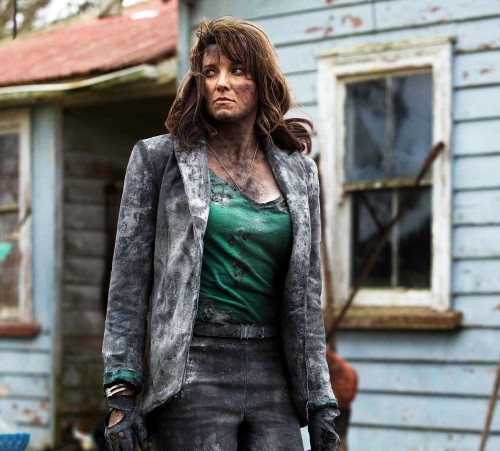 Still, I don’t like the Quantico for its political sophistication (of which, to be clear, it has very little), but for its charming characters and amusingly silly twists. Another amusingly silly show is Ash vs. the Evil Dead, a follow-up to the Evil Dead films that embraces the ageing of star Bruce Campbell, who plays Ash as a greying lothario who lives in a trailer and works in a big-box store. And it’s got Lucy Lawless!

As for shows I didn’t like, I’ve already written about Blunt Talk, which ran out of jokes well before it ran out of episodes. I took a more immediate dislike to Crazy Ex-Girlfriend. This isn’t the first time in recent memory when an American network has tried to make a serial musical happen, and, like those previous attempts, the producers of Crazy Ex-Girlfriend have made the baffling decision not to involve someone who knows how to write songs to write the songs. The songs in Crazy Ex-Girlfriend are terrible, the sort of lazy pastiche Saturday Night Live would be embarrassed by, and the rest of the writing isn’t much better.

Also kind of bafflingly bad is Supergirl. I thought the pilot was just kind of obvious and by-the-numbers, but the show is actually worse than that; a by-the-numbers show would surely know to give Kara some kind of motivations or conflict in her non-superhero life, for instance, but Supergirl‘s writers apparently thought otherwise; maybe they were too busy telegraphing all their points or figuring out how to make the dialogue even more clunky. And the acting is almost uniformly terrible; the only exception is Melissa Benoist, but even her enormous charisma can’t carry the show on its own.

In conclusion, the best show on TV right now is How to Get Away with Murder; I was worried that the second season wouldn’t be able to maintain the tension of the first season, but wow, has that not turned out to be a problem.

There’s no such thing as a first draft

There have been a number of great posts recently at Object Oriented Philosophy about being a grad student and/or academic, and the writing process in particular; but this latest I find utterly incomprehensible: I sat down, and simply wrote it straight through. 12 pages. How long did it take? Geez, maybe 2 hours, maybe 3 […] 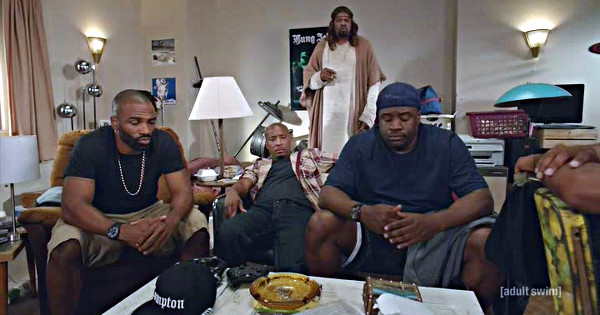 As it seems like no-one with more theological training is interested, it falls on me to consider the religious significance of Black Jesus. The curious thing about the show is that its biblical references are pervasive but ambient, half-meant rather than specific analogies. Much of the first season involves Jesus and his friends attempting to establish a community garden, […]