I’ve never read any of David Foster Wallace’s fiction, but I’ve read some of his essays and I dislike them rather a lot. I was reminded of this by reading an article about Wallace in The Exile which, unsurprisingly for an article from The Exile, was harshly critical. The article’s analysis of the hipster-protestantism of McSweeney’s is astute (and the description of Eggers as “a sneering, leathery vampire utterly dependent on the plasma of African children to survive” is the kind of vitriol that makes reading The Exile worthwhile), but the criticism of Wallace specifically really focuses on Infinite Jest, so I don’t know how accurate it is, and it doesn’t really help me in understanding what I dislike about Wallace’s non-fiction.

So I reread “Consider the Lobster,” and got as far as: END_OF_DOCUMENT_TOKEN_TO_BE_REPLACED

Adam Curtis’s All Watched Over By Machines of Loving Grace (part 1, part 2, part 3) is pretty excellent. It puts forward an ambitious and interesting thesis, which I think deserves more engagement from the anti-authoritarian left than this rather defensive response at New Left Project. To try and compress Curtis’s already over compressed argument into one thesis, he identifies the idea of a self-regulating homeostasis as a widely accepted common sense of our times, and one which makes it difficult for us to think about changing the world, either about what such a change would mean or what the role of power would be in accomplishing such a change. That New Left Project response is right to point out other traditions which influence the anti-authoritarian left and have more to say about power and radical change, but this doesn’t negate what I think Curtis is trying to do. The ideological assemblage he puts together has a certain coherence, but I don’t think it’s supposed to be exhaustive, I don’t think he’s denying that there are other elements which could be assembled in other ways.

This does, though, raise a problem with the documentary, and indeed with Curtis’s work more generally. END_OF_DOCUMENT_TOKEN_TO_BE_REPLACED 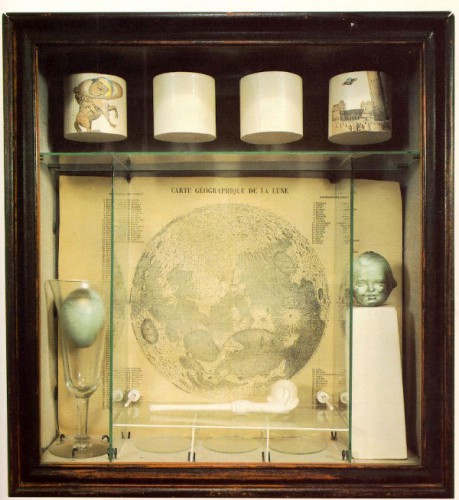 On of the criticisms of object-oriented ontology which has some currency is the suggestion that it is a form of, or a philosophized alibi for, commodity fetishism. And this has a superficial plausibility; doesn’t the focus on objects enact the kind of reification that Marx criticizes. I don’t think this plausibility is more than superficial, though, because it misunderstands object-oriented ontology and, more importantly, misunderstands commodity fetishism. In fact, object-oriented philosophy might provide a useful way of analyzing commodity fetishism which we could use to provide a Marxist corrective to the banality of much leftist critique of reification (such as that of Axel Honneth). END_OF_DOCUMENT_TOKEN_TO_BE_REPLACED