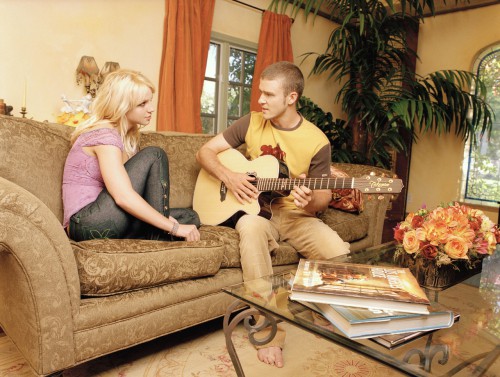 I’m not sure anyone would have predicted that pop’s it couple of the turn of the century would still be defining pop music ten years later, but it’s basically true: the template for the rave/R&B crossover sound of most pop today, in its dissociative or obliterative forms, was largely set by Justin Timberlake’s FutureSex/LoveSounds and Britney’s Blackout respectively (though of course they’d been gestating in various regional hip-hops previously). I guess the contemporary equivalent of Britney and Justin would be Selena Gomez and Justin Bieber, although their relative fame is reversed: I like Selena Gomez, but she obviously doesn’t have the cultural significance of Britney, while Bieber is unchallenged in his teen heartthrob supremacy in a way JT never was (possible just due to lack of competition; what other pop teenage boys are there now, except for One Direction?). Neither of them has produced anything that is likely to define pop for the next decade, either, but on the strength of Bieber’s new album, it’s not impossible that one day he might. END_OF_DOCUMENT_TOKEN_TO_BE_REPLACED