New Britney! I was a bit wrongfooted because I assumed she’d come back with a banger, so I wasn’t sure what to make of this more downtempo track. I quite like it; actually, I like the verses and the bridge quite a lot (a new role for Britney to play: power-bottom-ney), but there’s something about the shift to a more obviously uplifting chorus that feels a bit cheap? The guest rap is garbage, obviously, and its presence is inexplicable (who on Earth thinks “I wasn’t going to listen to this Britney record, but now I know G-Eazy is going to be on it…”?).

Shura’s Nothing’s Real is a very fine synthpop record, which uses nostalgia as a medium for its hesitant and withdrawn sound. This is particularly true of “2shy,” which I particularly like for the line that could be heard as “I’m just too shy to see it.” The more obvious interpretation, “too shy to say it” suggests the usual understanding of shyness as a problem of expression, in which you have unambiguous feelings but just don’t express them. “Too shy to see it,” on the other hand, suggests to me a more accurate account of shyness, as a phenomenology: as a relation to the world in which certain possibilities of human connection aren’t even imaginable without a genuine effort.

The title track of Coco Morier’s Dreamer is a similarly withdrawn synthpop, although the album strays a bit further afield, including the more upbeat and electropop-ish “Am I Normal,” and “Take me to Detroit,” a doo-wop track about gentrification.

AlunaGeorge continue the great run of tracks they’ve been putting out in advance of their forthcoming album. “Mean what I Mean” is an exasperated feminist banger with hilariously sharp raps from Leikeli47 and Dreezy.

More sharp feminist lyrics from Jennifer Nettles: “If I bring home the bacon / I have to fry it up in the pan” is the best two-line summary of Fortunati’s The Arcane of Reproduction I can imagine. The rest of her album, Playing with Fire is also very good (most of the tracks are co-written with Brandy Clark, if you need another reason to check it out). I particularly like the theological rigour of “Salvation Works.”

The second issue of the Quarterly Review of Contemporary Country came out last week, so I’ve been listening to more country than usual; I was particularly interested to discover some artists who make bluegrass as something other than an antiquarian pursuit. I especially like Ashleigh Caudill’s album Looney Bird and Sister Sadie’s track “Falling.”

Maty Noyes cam to prominence for her vocals on Kygo’s “Stay,” and her song “In my Mind” actually does sound like “Stay” with the tropical house removed.

Still puzzling over the line in Cassadee Pope’s “Summer” about listening to “Sublime on the boombox.” Presumably it’s some kind of 90s nostalgia thing, but I was a teenager in the 90s with remarkably indiscriminate taste in ska and even I don’t have nostalgic memories of listening to Sublime. Still, Summer is a good, glossy pop-country EP.

The YouTube comments on The Pretty Reckless’s new single, “Take me Down,” suggest it sounds like “Sympathy for the Devil,” which I guess I can see, but what it reminded me of was “Sweet Transvestite” from The Rocky Horror Picture Show.

Feed Me are apparently EDM producers, who I hadn’t heard of, but their track with Nina Nesbitt, “What it Feels Like,” is pretty banging. 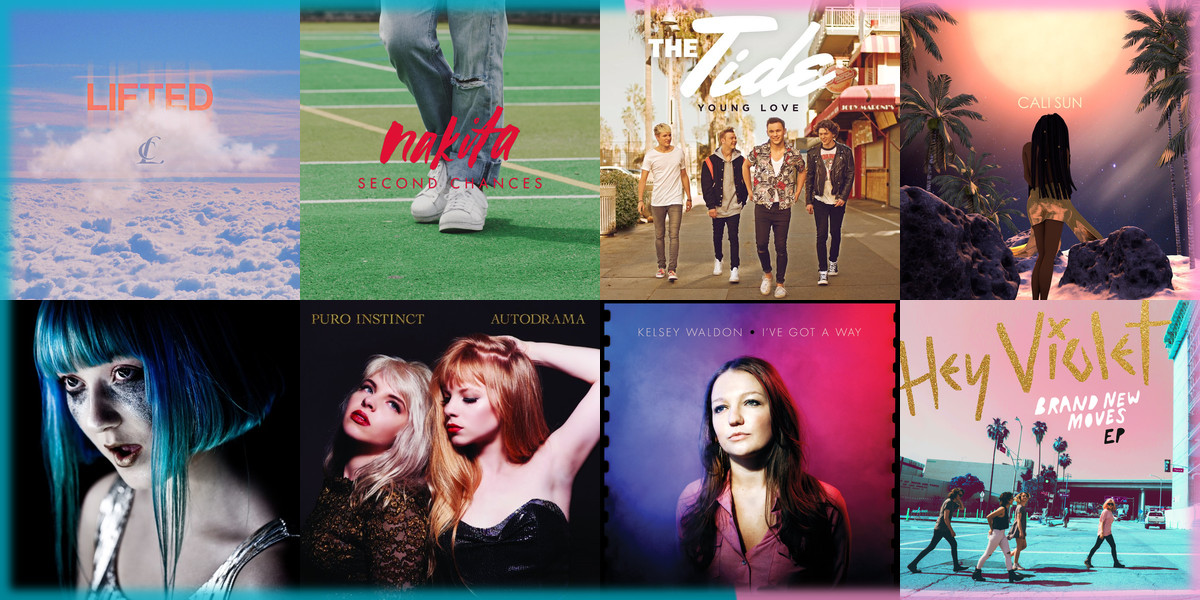 The official chart for August 21

New Britney! When I first heard “Do You Wanna Come Over?“, I thought “Britney doing Girls Aloud,” although actually the guitars are more “Sweet Dreams my LA Ex”; either way, this has something of the sound of mid-2000s British pop, the golden age of popism, a sound Britney didn’t embrace at the time (though there is the […]

Everybody’s all Chris Isherwood about me

Damn, the new Girls Aloud record is out, and I still have a post to write about Britney’s album. With “What You Crying For” and “I’m Falling,” Tangled Up gives Blackout some unexpected competition for “Best early-90s hardcore record of 2007.” Well, I suppose it’s not totally unexpected from Girls Aloud, but I wasn’t anticipating […]