You don’t need me to tell you that Lemonade is incredible (if you do need to be told that, Ash Sarkar will tell you). It’s interesting to compare it to Beyoncé’s previous, self-titled, album, which, for all its coherence as an album was also a sequence of discrete bangers. Lemonade isn’t like that, not because the individual tracks aren’t good, but because they’re so clearly designed to work as part of an immersive whole; it’s not an album of stand-out tracks, but rather one filled with details to get lost in. So while I’ve linked to “Sorry” because it’s my favourite track, that categorization is almost irrelevant, because I’d really like to link to moments spread across the whole album, like the horns in “All Night” or the distinctively Beyoncé moment of self-doubt in “Love Drought” where she asks, “… or am I not thirsty / enough.”

Tim Hecker’s Love Streams is another very immersive album, although in a rather different way, with its collage of elegantly distorted synth moods.

et aliae describes her EP, Rose, as “crystalline, late night jams,” which is pretty accurate but maybe underemphasizes just how pretty its possible to make rave tracks. et aliae also has a track with Dawn Richard, which I like more than most of Richard’s recent solo output.

“Crystalline late-night jams” would also be a reasonable description of Ryan Playground’s EP Elle, particularly the tracks “Liberté” and “Ascension“.

Katy B’s new album, Honey, is better than I would have predicted from the lead singles which managed, somehow, to bleach out the personality from Katy B’s voice, which usually fills up her tracks. “Dark Delirium” and “Water Rising” are solid ballads, and “Lose Your Head” is tougher than Katy B usually is. Still, nothing on the album is as good as her appearance on KDA’s “Turn the Music Louder” (including the album version of “Turn the Music Louder,” which either because of the slightly different mix, or the lack of Tinnie Tempah to serve as Katy B’s hypeman, lacks the punch of the single version).

Is Kylie Jenner spearheading an R&bass revival? Apparently we have an ad for her lipgloss line to thank for Terror Jr’s “3 Strikes,” which they’ve followed up with another banger, “Sugar“.

The Kylie Jenner/R&bass connection continues with Pia Mia, who I think is friends with Kylie Jenner, and anyway has an unerring ability to find great R&bass tracks to sing on.

Bossy Love’s “Want Some” reminds me a little bit of Honey Cocaine’s “Sundae,” at the dancier end of R&bass (or the R&bassier end of dance, in Bossy Love’s case).

Kyle La Grange’s new track, “Hummingbird” is much more synthpop than her previous songs, which turns out to be a style she’s good at

Apparently “postiljonen” isn’t Swedish for “postilion”; it means “postman,” and is also the name of a band who the internet describes as “dream-pop.” I guess that’s not wrong, but with a much heavier emphasis on the “pop” side than I usually associate with the term. Specifically, a kind of 80s pop that makes me want to describe Postiljonen’s music as Carly Rae Jepsen-meets-Lush; not because that’s an accurate description, but because it’s an amusing phrase.

Mt.Si are also synthpop-y, although in their case shading more in to dance (I’ve just noticed they share a label with et aliae, which makes sense).

Violet Days’s “Your Girl” shares an emotional sensibility, if not a particular musical similarity, with a lot of recent indie-synthpop-y stuff. I want to describe it as something like a serious sentimentality, if that makes sense; a kind of bittersweet gloominess.

The bittersweet gloominess of Sophia Somajo’s “Sapphire” perhaps make it a bit on-the-nose that it’s her second “blue” themed single (the followup to “Klein Blue“).

Not so much gloominess as fragility on Sälen’s “IILWMBF“; a companion track, of a sort, to Sizzy Rocket’s “Bestie.”

I guess you could call Jean Deaux alt-R&B, but with a different angle on the dance music influence – a more house-y angle.

KeithCharles Spacebar is on Awful Records, the same label as another unusual alt-R&B artist, Abra. Spacebar has more of a hip-hop influence compared to Abra, I think, but is equally interesting.

“Catedral” was a track on Francisca Valenzuela’s last album, released in 2014; for some reason it’s just now been released as a single. Most of the album is sort of folky-pop, and isn’t terribly interesting. “Catedral,” though, is great, very much like the tracks that got released in that brief moment in the 90s when trip-hop was a big enough thing to inspire pop spinoffs.

Finally, last week I went to this concert by the Danish Broadcasting Corporation Symphony Orchestra, and was stunned by their tense, thrilling performance of Shostakovich’s Violin Concerto No 1.

The Official Chart for November 15

Salute is a really great album; it’s thematically coherent and uses a carefully chosen range of musical styles (primarily from 90s R&B) that complement those themes. I begin by gushing about Salute in order to make it clear that when I say Get Weird isn’t as good as Salute, that doesn’t mean Get Weird isn’t good. The singles, “Black Magic” and […] 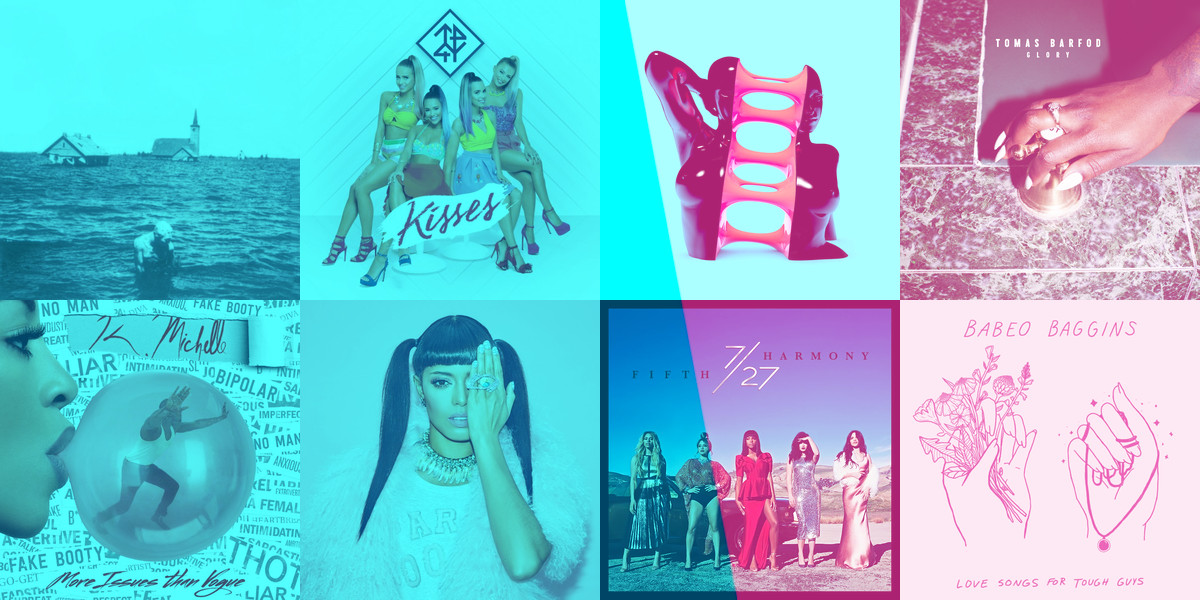 The Official Chart for April 3

New Pet Shop Boys! I’m not sure how I feel about their new album, Super. The singles, “The Pop Kids” (especially) and “Inner Sanctum,” are great, but the rest of the album is less impressive. “Twenty Something” seems like an awkwardly strained attempt to write a zeitgeist song for a zeitgeist they’re not really a part […]