After my post last week about radicalising capitalist mediocrity, I was thinking about how another feature of capitalism might be transformed in communism: capitalism’s alienated but compulsory sociality. Capitalist production requires “sociality” in as much as capitalism forces workers to cooperate in collective work; but, capital also attempts to limit that cooperation so that it only includes the cooperation necessary for production and no more. So the assembly line, at least as idealised in capitalist imagination, would involve no direct human-to-human cooperation, but would instead embody all cooperation in machines.

One common Marxist response to this alienated compulsory sociality is to focus on the alienation part: in communism, the argument goes, alienated cooperation would be replaced with genuine human cooperation. This sounds horrible. I like my colleagues well enough, but I’m glad the requirement to interact with them as human beings is limited to occasional drinks after work. More generally, it seems like a real problem to make the ability to engage in humanly fulfilling creative activity (unalienated work) dependent on sociability: what justifies this exclusion of the awkward, the unfriendly and the antisocial (particularly, of course, those who, because of gendered, racialised, or other hierarchies, are more at risk of being interpreted as antisocial)?

This I think is an instance of a general problem with the (broadly understood) socialist tradition: the uncritical embrace of “the social” as an obvious category and one which is unproblematically good, so that sociability is assumed to be something that everyone would or should embrace. I’ve heard this in too many drunk discussion with anarchist friends about replacing formal judicial proceedings with some kind of nebulously defined “community” proceedings, the assumption being apparently that informal friendship groups can be relied upon to wield judicial power (we can contrast this with the rigour with which prison abolitionist groups approach the genuine difficulty of replacing formal, capitalist legality with something better).

Admittedly, the fact that I don’t like something isn’t that strong an argument that it wouldn’t form part of full communism. Indeed, some people argue that those of us with our psyches formed under capitalism will necessarily find communism not to our taste, which seems plausible (in any case, the idea that painting a really attractive picture of what communism will be like is essential to getting people to struggle for it really misunderstands how radical movements work). Still, I think it’s worth thinking a bit about what it means to be sociable, and what aspects of that sociability are particularly worth preserving and extending. In particular, I wonder if there’s something worth preserving in the alienated bit of alienated capitalist sociability. The unalienated sociability of substantive communities risks reinforcing the ways in which communities can be exclusionary. Maybe, instead, we should try and transform alienated sociability into a kind of generic sociability; rather than the demands of fully unalienated human connection, we could look for an undemanding, easy sociability, in which our connections can be as fragile or as strong as we choose or need them to be. 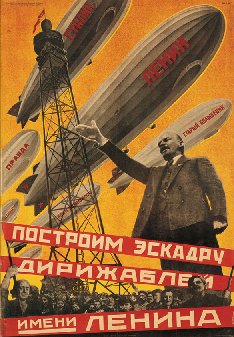 The Civil War in Bolivia

Moll on the difficulties facing Evo Morales in Bolivia. What I find particularly interesting is the overlap between, for want of better terms, ethical and tactical questions. Moll is worried about Evo sending in the troops against the rich, racist protesters in Santa Cruz; both because if it worked it would reinforce the power of […]