When the first episode of iZombie opens Liv Moore is a perky, successful junior doctor planning her wedding. It only takes until the title sequence, though, and she’s single and spending all her time alone, doing nothing, except for when she’s at her dead-end job in the morgue. Liv Moore is a graduate without a future (she’s also been bitten by a zombie). This closed-down, anhedonic, listlessness seems like a characteristically millennial experience – as opposed to the stereotypical rebelliousness of baby bombers, or the ironic, detached disaffection of generation X (the enforced “flexibility” which comes from Liv taking on aspects of the personalities of the murder victims whose brains she eats is another dramatization of a quintessentially millennial experience). I like the show for its portrayal of this millennial position, and more for its sympathy to it, in particular its concern to defend millennial anhedonia against the passion of edgy, soi-dissant countercultural, “cool.”

I read this stupid blog post about how millennials are apparently “uncool,” and obviously it’s hella dumb, but it did make me think that if millennials are indeed rejecting the norm of “cool,” good for them. “Coolness” has long since become a means of normalisation, commodification, and oppression, and iZombie nicely illustrates that. In iZombie, zombie-ism is caused by impurities in an energy drink which goes by the ridiculous (but sadly plausible) name of “Max Rager,” and the villain of the second season is Vaughn, the CEO of Max Rager Incorporated. Max Rager spends as much or more effort on sponsoring skydiving events and terrible bands as it does on making energy drinks; in other words, its selling a lifestyle brand as much as a product. Vaughn is interesting because he is entirely cynical about the fact that he is selling a commodified version of cool, but he also seems to think of himself as cool, indeed, the cynicism seems built into the concept. As the villainous personification of cool, that is, Vaughn is basically Gavin McInnes, Vice founder and Glenn Beck fanboy, and I hope he gets eaten by zombies before the season finale. 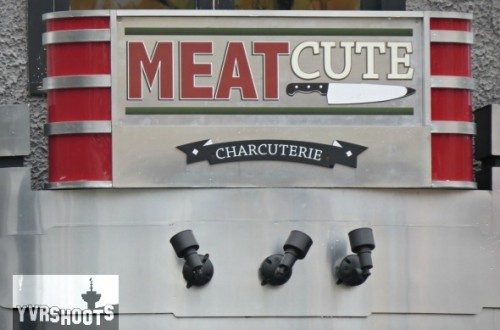 The villain in the first season (who remains as a more ambiguous character in the second season) is a representative of what you might call the lower tiers of the cool economy. Blaine is a low-level drug dealer who, after becoming a zombie, decides to treat zombie infection as a capitalist enterprise along the lines of the drug trade. Blaine turns rich people into zombies to provide a captive market for his supply of brains, which he obtains by murdering homeless kids in his boutique charcuterie; but his undoubted evil has a rather pathetic character. Blaine dresses like someone who chose an aesthetic after watching Reality Bites as a teenager, and hasn’t updated it since; this slightly embarrassing second-hand cool is a good representation of the shabby end of drug chic, and the costs of capitalism.

The other person Blaine reminds me of is Gary King from The World’s End, who is likewise desperately clinging on to an outdated image of cool (though Gary King is more unambiguously damaged by this than Blaine is, and the film’s strength is how it reveals this depth in a character who at first appears to be just a doofus). This got me thinking about the end of the world, and why zombies are a particularly contemporary apocalypse. From the second world war to the 90s, the period in which cool became such an important cultural signifier, nuclear war was the salient apocalypse: the instantaneous end of the world in a nuclear flash. Nuclear apocalypse has a structural similarity with the instantaneous excitement of cool (“better to burn out than fade away”). The zombie apocalypse, on the other hand, is terrifying because it doesn’t end, and in this it is a much closer analogy to our current situation of environmental catastrophe, ongoing neoliberal precarity, and the unending war on terror.

Well, not really, obviously. Nuclear bombs anywhere are hardly good news, and I’m not going to endorse North Korea as an example of good government, socialism, or anything else. Still, I’m quite scared enough that the US has nuclear weapons, and I find it difficult to be any more worried that some other states might […]

The ethics of the cocksucker

Some time ago Adam wrote a fine piece about ethics in House, arguing that House’s apparently unethical behavior—his devotion to solving the intellectual puzzle of illness at the expense of obeying hospital rules or caring about the wellbeing of patients—is in fact the ethical attitude par excellence. Adam explains:  “Only by practicing medicine for its […]

Derrida’s Spectres of Marx is a frustrating book. For someone capable of such careful readings, Derrida’s references to Marx are remarkably sloppy, and, as with a lot of his later work, the obsessively spiraling style appears hollow rather than beguiling (it’s not as bad as The Politics of Friendship, but what is). But the central […]