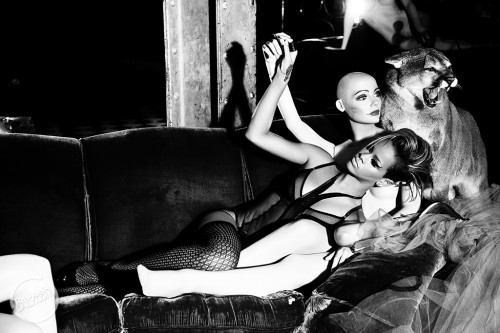 It may have taken me so long to get round to this because, for reasons I no longer understand, I wasn’t that impressed with “Russian Roulette” when I first heard it. I think to get it I needed to hear it in the context of some of the other tracks on the album. It was coming across the marvelously bizarre video for “Hard” on MTV that got me to look again at the album. “Hard” encapsulates the theme that is explored throughout the album: objectification as self-preservation, feminine superficiality as a kind of cold armor with which to avoid the pain which comes from interiority. In about half of the tracks on the album, this nihilation of subjectivity (aided by Rihanna’s internalization of the affect of auto-tune) takes on an apocalyptic edge: in “Hard, ” this comes out most strikingly through the use of a sample from “Can You Feel It,” slicing off the rumbling bridge just before it resolves into the chorus (“Can You Feel It” of course has its own apocalyptic, or messianic, video).

This superficial swagger runs through many of the most enjoyable tracks on the album,  the dubstep-meets-Stargate of “Wait Your Turn” (I’m not sure that this isn’t just an artifact of MP3 encoding, but there’s something reedy and overdriven about the synths in this track that give the impression of a song so powerful as to strain against its technological limits) and “G4L,” and also in “Rude Boy” another track which benefits from being heard in the context of the album. Heard as a single, the track is quite light-hearted, a dancehall-inflected come-on; it’s only close proximity to “Russian Roulette” that emphasizes the icicle-like ringing coldness of the synths.

“Russian Roulette” itself marks the other side of the album, the ballads that function as an internal critique of this tactic.  The mistake lies in thinking that emotions exist internally, which would allow the assumption of superficiality to partition pain away from the self. What this misses is that the surface is precisely where emotions are, because, far from being part of our unique internal being, emotions are constituted by and constitute what we show of ourselves to others (to paraphrase Putnam, feelings aren’t in the heart). We see this to heartbreaking effect in “Te Amo.” The track is haunted by the ghost of “La Isla Bonita,” a tragic holiday romance in which the fantasy of a carefree sexuality comes up against what is evidently, for Rihanna at least, an absolute limit, gender. The Spanish here doesn’t signify the exotic so much as it signifies incommunicability (“won’t somebody tell me what she said”), the limits to commonality and connection and the inescapability of the pain that lies there.

So, the director of the forth­coming t.A.T.u. film used to work on Coronation Street. Perfect.

It’s a good Fall for music: I like the Sugababes album (though it does seem a little mean of them to have stolen Mutya’s idea of making a northern soul record), and I’m obviously eagerly anticipating the new Britney and Girls Aloud records that are on their way. Meanwhile, the Russian version of the new […]

“I just need an ice-pick”

In other music news, the new J Stalin album, Prenuptial Agreement, is AMAZING. It’s the best hip-hop record I’ve heard in a long time, probably since The College Dropout. It’s great enough that there’s a rapper called J Stalin; it’s really icing on the cake that he produces tracks as great as, say, “Red and […]

“Dirty talk and call it stegano­­graphy”

Watch: Britney Spears – Circus I like to imagine that Britney’s new video came about when Britney, in a room high up in Spears Towers, complained to her team: “Christina had an elephant in her video! I want an elephant. No, I want two elephants!” And so, they wheeled out the rather tired celebrity/circus analogy, […]