Obviously, The Rise of Skywalker is not a good film. A ton of stuff happens, none of it’s developed, and much of it is stupid. One of the stupidest things is the return of Emperor Palpatine, which undercuts the ending of The Return of the Jedi in order to avoid developing a new antagonist for the sequel trilogy. Stupid, and yet….

Palpatine’s plan, as far as I can tell, is to have a child so that when he dies he can be cloned and then entice his grandchild to kill the clone, and, in dying, possess the child. This is the logical endpoint of the “lineage” narrative that has been so important to Star Wars and to the sequel trilogy in particular: the family relationship as a way of creating a new generation which is fundamentally the same as the previous one. Lee Edelman calls this “reproductive futurism”: an orientation towards the future which is a reproduction of the same. Edelman rejects reproductive futurism, or more precisely, he rejects futurism, but he keeps reproduction. His proposed alternative to reproductive futurism is the psychoanalytic concept of drive, which, unlike desire (which is oriented towards achieving its object), endlessly circles around its object, an repetition of the same that doesn’t pretend to offer any progression. But we could reject reproductive futurism by keeping the futurism and rejecting the reproduction, instead attempting to figure out how to head towards a future which isn’t just a reproduction of the past.

The Last Jedi‘s thesis statement comes from the mouth of Kylo Ren: “Let the past die. Kill it, if you have to.” But if you look at what The Last Jedi does, rather than what it says, “letting the past die” is something the film signally fails to accomplish. One of the worst moments in the film is the dramatically inert revelation of Rey’s (lack of) lineage: she does not find out about her parents, she is simply told about it, and in a way that provides no further momentum to the narrative. The film brings up Rey’s past, not to propose an alternative future, but solely to undercut our expectations about it.

The most revealing moment in the The Last Jedi is the gag on not-Hoth where the rebel soldier tastes what looks like ice, and, with a grimace, tells us that it is salt. This doesn’t really make any narrative sense (why is a soldier randomly tasting the ground, and why is he surprised that it is salt when he, unlike us, knows what the temperature is?), but more importantly it has neither narrative nor thematic consequences; it doesn’t tell us anything beyond the gag. And this is the model for all the “subversions” in the film – they refer to previous films simply to reverse our expectations, not to construct any substantive critique; it’s a series of references for reference’s sake, wholly dependent on and subservient to the past that it’s referencing. The discourse around The Last Jedi was framed in terms of its fanboy opponents against those who wanted a Star Wars film that would do something different, but this misses the fact that The Last Jedi is itself entirely fanservice, just aimed at that perverse subsection of fans who prefer to be told off while they’re being pandered to.

It occurs to me that, as well as drive, there is another psychoanalytic concept for this continual circling round the past: melancholia. Which, in turn, suggests moving beyond the reproduction of reproductive futurism towards an alternative which might ultimately be productive of a future: mourning. This would not attempt to kill the past, but rather work through it in an attempt to eventually move past it. Obviously, you have to work pretty hard to wring any kind of thematic coherence out of The Rise of Skywalker, but I do think you can see hints of this “working through” in the film. Most obviously, the film ends with a return to the beginning which is also a literal burial. There’s also a thematic resonance in Poe’s storyline, in which he returns to his past only to later see someone from that past break free of it. Perhaps there’s something of the same theme, too, in the discovery of the stormtrooper deserters and their own ambiguous relationship to their forgotten past (the striking scene of a corridor full of decapitated stormtrooper helmets in the ruins of the Death Star suggest they could have done something more with the idea of deserters living in the shadow of this destruction, but I can’t see how to actually recruit this to my argument).

JJ Abrams is often criticised as a pure merchant of nostalgia, but I think there’s something more interesting going on in his retelling of stories; more interesting, anyway, than the sterile approach of The Last Jedi, because it reminds us why we are invested in the stories that are retold while also suggesting that to retell a story needn’t be to repeat it. What’s interesting about Abrams was clearer in The Force Awakens, but you can still see elements of it in The Rise of Skywalker. 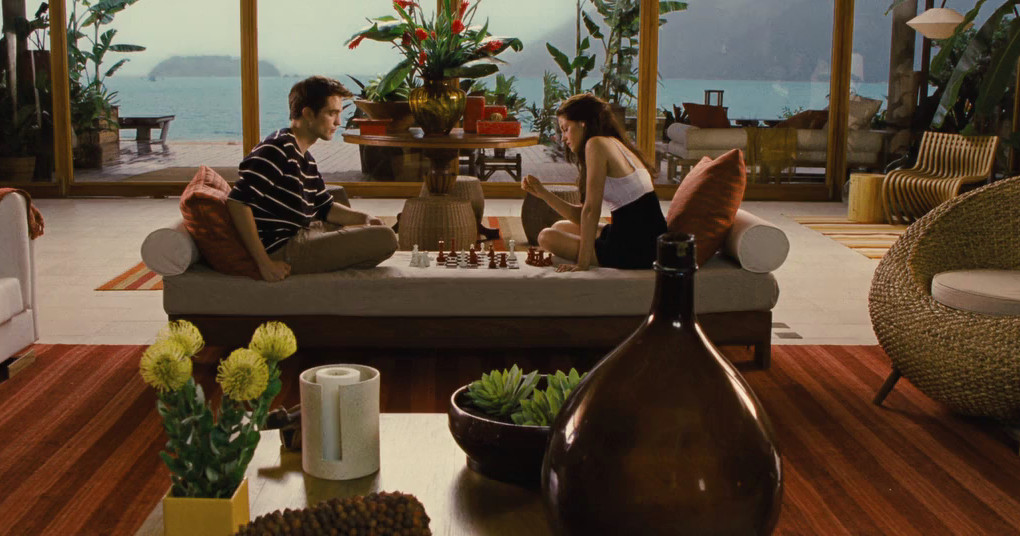 From a restricted to an evil queen economy

Snow White and the Huntsman is certainly not a “good” film, although some of the ways in which it isn’t good I find endearing. It’s in the tradition of genre films that don’t have much narrative coherence – events happen, but there’s little sense of why any event follows from any other, or of any […]

Up to the minute film criticism

The Terminator (1984) and Terminator: Salvation (2009) make great bookends to neoliberalism. Terminator is about the rise of neoliberalism: a woman is hunted down by a representative of the future, a future manifest in a machine hidden within human flesh. This future seems unstoppable until, in the final scenes the fleshly machine is destroyed by the more honest […]