Towards the end of this interview with Doug Henwood, Adolph Reed criticizes the tendency to describe the effect of race on contemporary politics using analogies drawn from the racism of the past—as a “new slavery” or “new Jim Crow.” I was reminded of Benjamin’s “On the Concept of History”:

One reason why Fascism has a chance is that in the name of progress its opponents treat it as a historical norm. The current amazement that the things we are experiencing are ‘still’ possible in the twentieth century is not philosophical. This amazement is not the beginning of knowledge—unless it is the knowledge that the view of history which gives rise to it is untenable.

It’s no accident that the description of contemporary racism in terms of past racism appeals to progressives, because the structure of the argument is itself progressive; that is, it suggests that there is a natural tendency for things to get better, and things which are bad are bad because they are outdated. This view presents racism as an atavism, and, in doing so, actually downplays the importance and persistence of racialized inequality; racism, it suggests, should have ceased to exist some time back in the 50s, but mysteriously has failed to do so.

There’s a fine line, when you encounter work close to your own, between the excitement that someone else considers your little area worth working on, and the worry that they might already have written the work that you are struggling to put together. This happened for me most recently when reading Kevin Anderson’s Marx at the Margins. As I’ve been trying to write about ways in which class reductionism misrepresents Marxism, Anderson’s detailed investigation of Marx’s writings on race, nationalism, and non-Western societies looked like it might render my gestures in that direction irrelevant. Luckily for me, Anderson’s book is actually the best sort of work to encounter, as it contains a huge amount of material on which one could build, while leaving enough theoretical space for others to do that building. Indeed, it is this combination of Anderson’s great aggregation of material with his comparatively sparse theorization of it that leads me to some thoughts about methodology for those of us attempting to construct theory through close dialog with particular texts and authors. END_OF_DOCUMENT_TOKEN_TO_BE_REPLACED

The problem with MIA’s new video is not, as Anna Pickard claims, that it is “too shocking,” it is that it is not shocking enough. The video’s big “reveal,” that the state’s violence is directed at the redheaded, turns any possible shock into pure silliness. END_OF_DOCUMENT_TOKEN_TO_BE_REPLACED

Walter Benn Michaels has recently been partying like it’s 1988 and engaging in a critique of identity politics. Lenin has already done a good job dismantling Michaels’s simplistic view of race, but what’s so frustrating about Michaels is that the economically-focused politics he prescribes is as deeply embedded in neoliberalism as the politics of diversity he rejects. Michaels criticizes a certain employment of “diversity” to promote an image of equality that does not challenge the fundamentals of economic inequality. This is true, although hardly new, and Michaels’s presentation is particularly simplistic. What he fails to realize, moreover, is that the sort of economic equality he champions is just as neoliberal.

Michaels puts forward a common but quite false presentation of neoliberalism as being unconcerned by economic inequality. END_OF_DOCUMENT_TOKEN_TO_BE_REPLACED

Christ, this is repulsive. An organization focused on ending classism by “bridging the class divide.” Actually, I wonder if it wasn’t set up by some old lefty to demonstrate the limitations of the theraputic model of identity politics. I’ve sometimes been worried that certain discussions of, for instance, white privelege, end up being about allowing white people to feel good about themselves, but surely this is the nadir: “because of intense class segregation in the U.S., we don’t benefit from each other’s strengths and grow past our limitations.” Oh yes, because that’s the problem with class society; we don’t get to “grow” from the splendid diversity of poverty. END_OF_DOCUMENT_TOKEN_TO_BE_REPLACED 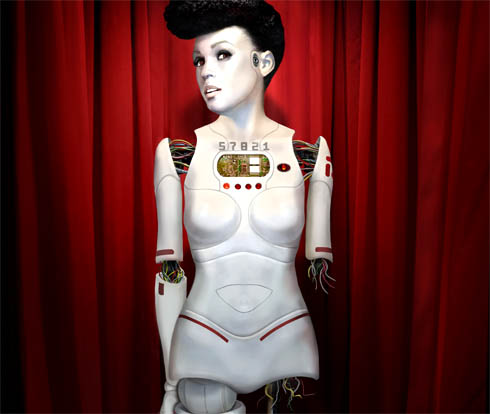 A while back, I was re-reading Isaac Asimov’s series of novels about robots. There’s something faintly uneasy about them, which I’d meant to blog about at the time. The underlying theme of the books is the effect of robot labor on society; and the key thing which distinguishes robots from other types mechanization is that they are sentient, which makes the situation uncomfortable like slavery, a similarity which is always present in the books, but is not dealt with explicitly. This does raise a question for cybernetic communism, though: the usual assumption is that mechanization will abolish, or at least minimize, necessary labor, but what if this depends on an unjustified humanism, an assumption that we can simply farm our work off onto dumb machines? But shouldn’t a sufficiently complex assemblage of machines have some kind of say in its own future? END_OF_DOCUMENT_TOKEN_TO_BE_REPLACED